Racial Discrimination and the Law

The Race Relations Act 1976 and all of its amendments and extensions protect individuals from being discriminated against in employment on the grounds of colour, race, nationality, religious beliefs or ethnicity. This Act does not distinguish between whether racist practices were done on purpose or not, it is concerned only with the fact that racial discrimination occurred.

Four main types of discrimination are described in relation to employment. Direct discrimination is deliberate and obvious, for example if a promotion is being held only for members of one race. Indirect discrimination occurs when practices of policies disadvantage one or more racial groups, such as requiring members of one race to complete more tasks than another but expecting them to get their work done just as quickly. Harassment occurs when the workplace is allowed to become a hostile environment for members of a certain race, whether through direct threats, methods of intimidation or “jokes” about that race. Finally, victimisation occurs when someone has complained about racism and is then treated less fairly than others, such as being denied overtime or their preferred shifts. These actions are all in breach of the Race Relations Act 1976 and its amendments and extensions, and should be reported if they are observed or experienced.

If you feel you’re being racially discriminated against or need advise please use the link below for help. 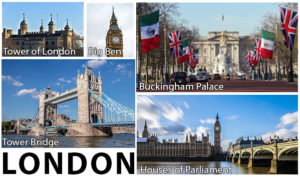